Anarchism and the Ancient Greek Cynics

Robert Graham is one of the best anarchist historians out there. He wrote We Do Not Fear Anarchy—We Invoke It, which we published a few years ago. He edited a sweeping three-volume documentary history of anarchism for Black Rose Books, and maintains a truly fascinating blog of primary-source material about anarchism. He is also working on a new book for us, The Anarchist Current, which takes a look at the long history of anarchism, from “anarchistic” precursors of the distant past, through anarchism’s consolidation as an explicit social movement in the 19th century, up to the present day. He has shared a draft excerpt with us for your pandemic reading pleasure. Hopefully it won’t be too long till you can read the entire book!

Anarchistic elements can be found in the teachings of Diogenes the Cynic (412/404–323 BCE), and Zeno of Citium (333–262 BCE), the founder of the Stoic school of philosophy who was influenced by Diogenes. Only stories about Diogenes’ sometimes outrageous conduct and fragments of Zeno’s writings have survived, making it difficult to determine what they really advocated.

When assessing the possibility of “anarchist” ideas emerging among the ancient Greeks, it is useful to consider the attitudes that Diogenes, Zeno, and other possible precursors of anarchism, held regarding slavery, one of the most extreme examples of hierarchy and domination to which any anarchist worthy of the name must be inalterably opposed. 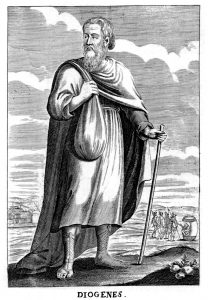 Diogenes is the most interesting example, because at one point he had his own slave, and at other points in his life he was a slave himself. There is a story that when Diogenes’ personal slave escaped, Diogenes did not try to bring him back, reasoning that if his slave could live without him, then he could live without a slave. [Doyne Dawson, Cities of the Gods: Communist Utopias in Greek Thought, Oxford U Press, 1992, p. 136] But this tells us more about Diogenes’ views regarding living a self-reliant life with few, if any, possessions, than it demonstrates any kind of political opposition to slavery, or to hierarchy and domination more generally. Doyne Dawson suggests that the “story that Diogenes himself was sold as a slave […] was so popular” not only “because it furnished the most dramatic demonstration possible of Cynic indifference to fortune; but also perhaps because it implicitly assured everyone that there was nothing socially subversive about Cynicism.” [p. 136]

But despite his indifference toward slavery (and much else), Diogenes acted in ways that were very subversive of ancient Greek morality and conventions. The other stories about him could not have assured anyone that his ideas were harmless. Diogenes was called a “Cynic,” meaning “dog-like,” because he lived much like a dog would, on the streets, with no possessions, and without shame. He purportedly masturbated and had sex in public. His rejection of conventional morality could make him seem like a kind of philosophical anarchist, but he also expressed opinions of a more directly political kind, famously declaring himself a citizen of the “cosmos” or world, rejecting affiliation with any particular Greek city and related notions regarding loyalty to one’s homeland. Diogenes and other Cynics did not believe in sacrificing oneself for the sake of one’s city or state, and they opposed war and the use of weapons, a very contrarian view in ancient Greece where military service was expected of all able-bodied men and war was ubiquitous. [Malcolm Schofield, The Stoic Idea of the City, Cambridge: Cambridge University Press, 1991, pp. 51-52]

Nevertheless, Diogenes’ political views remain unclear, as none of his writings, if there were any, have survived. Later writers claimed he wrote a Republic; if so it sounds more like a parody of Plato’s hierarchical and authoritarian Republic than a conventional political treatise. Among other things, Diogenes advocated replacing coinage with dice. However, through parody and satire, Cynics like Diogenes would attempt to convey more serious ideas, such as abolishing currency because people should be able to satisfy their needs directly without having to use an artificial medium of exchange. Opponents claimed that this “communism” included women as common property, but that was a misrepresentation (one that was repeated in the 19th century by the much later opponents of socialist and communist doctrines).

The Cynics rejected conventional notions regarding property, and therefore would never have advocated that women should be held in common. Rather, they advocated that women were just as capable as men of living a natural life, without being bound by conventional norms, traditions or customs. Both women and men were therefore free to choose when, where and with whom to have sex, or any kind of relationship. Given the decidedly patriarchal structure of ancient Greek societies, such views could only have been regarded as “scandalous.” [Dawson, p. 137] Diogenes’ pupil, Crates, and his partner, Hipparchia, would allegedly have sex whenever it struck their fancy, including in public.

Not only was sex supposed to be entirely consensual, the Cynics rejected ideas regarding social modesty and decorum. Women therefore were not required to hide their bodies, but could wear the same simple garb as Cynic men, or exercise with them with little or no clothing at all.

The rejection of social conventions included disrespect for the law and authority, because laws are artificial human constructs. The Cynics were beholden to no one, including people who claimed to be superior to them, whether their owners (if they were slaves) or their rulers. One of the stories about Diogenes is that he told the man who bought him at the slave market that it was his new owner who would have to obey Diogenes. [Luis E. Navia, Classical Cynicism: A Critical Study (Westport: Greenwood Press, 1996, p. 105] Another story is that Diogenes liked to sun himself, and that when Alexander the Great went to meet him, he told Alexander to get out of his light. [Classical Cynicism, p. 81]

Cynic doctrines focused on the individual, with no aspirations to become a social movement. While the Cynics had nothing but contempt for property rights and traditional mores, they did not suggest that the lower classes and slaves rise up and overthrow their masters. Cynicism was a means to individual liberation from conventional morality, viewing political institutions as having no claim to legitimacy or obedience.

In this sense, Cynicism was similar to 20th century conceptions of “philosophical anarchism.” As with the “philosophical anarchists,” the Cynics had no expectation or confidence that enough people would come to share their views to pose a threat to the status quo, nor was it their mission to incite them to do so. On the other hand, living a self-reliant life simply and independently, like an animal, with few possessions and no allegiance to any god or master, finds some distant echoes in the ideas of the anarcho-primitivists of the late 20th century, with the major point of difference being that the Cynics were urban outliers. They may have lived like dogs, but as dogs in the streets, not as hunter-gatherers in a world without cities.

The Cynics’ jaundiced view of people, still reflected today in the modern meaning of the word “cynical,” can also be compared to the views of those 19th century philosophers who rejected conventional morality, like Friedrich Nietzsche, but who had nothing but contempt for “the masses.” After all, it was Diogenes who was famous for walking city streets with a lantern in broad daylight looking for an “honest man.” One aphorism attributed to him is “reason or the rope,” which meant that if you cannot think for yourself, you might as well commit suicide.

Yet despite the sometimes misanthropic tone, Cynicism became popular among the lower classes during the first two centuries of the Roman empire, in contrast to its successor, Stoicism, which became allied with that empire, denuded of its radical content. Respectable philosophers denounced the Cynic “street philosophers” for inciting disrespect for authority and undermining social hierarchy, with their rejection of conventional notions of property and propriety. [Dawson, pp. 244-245]

The Cynics did not expect, but they argued, that anyone, including women and slaves, could, if they had enough independence of mind, embrace the Cynic lifestyle. Unlike the earlier Cynics in Greece, the Cynic street philosophers of the Roman empire “intended,” through their actions, “to set a model for people to imitate.” [Dawson, p. 246] In a way they practiced a kind of “propaganda by the deed”: through their actions and lifestyle they showed people how to live honestly, naturally and freely. But even these Cynics did not aspire to create a mass movement. As we shall see in the next chapter, it was only with the rise of Christianity that heretical movements arose that rejected the hierarchies of the Roman empire and the early Christian Church that later became allied with it. 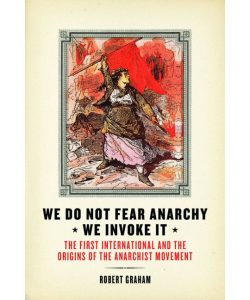 Cynicism, by its very nature, could never serve as an ideological support for the Roman empire, which helps explain why so few Cynic writings have survived. Dawson has compared Cynicism to philosophical Daoism, in that it acted as a “counterpoint” to the philosophical and religious doctrines that provided justifications for the social hierarchies of ancient Rome, much like Daoism acted as a counterpoint to Confucianism in China. [Dawson, p. 250] Diogenes’ pupil, Crates, imagined a polis, Pera, “where no one owns anything, and war and conflict do not exist, because no one cares for money, glory, or lust.” [Dawson, p. 149] The connections between private property, status, ambition, greed and war were also emphasized by the philosophical Daoists, and by 19th century anarchists. The Roman emperor, Julian (331–363 CE), was sufficiently concerned about the subversive nature of Cynic teachings to denounce them for promoting communism, and the scorn “of all laws human and divine.” He compared Cynics to bandits, because they “went about everywhere confounding the common laws.” [Dawson, p. 249]