This article first appeared on Desinformemonos in early April. It was translated by Raphael Hoetmer and published on Toward Freedom (an important source of international news and analysis that you won’t find in the mainstream press). It’s author, Raúl Zibechi, has published three books with AK Press: Territories in Resistance A Cartography of Latin American Social Movements; Dispersing Power: Social Movements as Anti-State Forces; and The New Brazil: Regional Imperialism and the New Democracy.

“There are times of struggle, times of war and peace, and then there are times of pandemics,” writes Dilei over Whatsapp. She’s a member of the Landless Workers Movement (MST) from the Paraiba State, in the Northeast of Brazil, and explains how the organization is facing the current context. Within MST camps and settlements it was decided no one will go in or out to visit the city: everyone needs to focus on health care and the production of food within the community.

“The broader population will need a lot of food in the coming period,” writes Dilei. The MST is proposing that state governments buy part of their production to supply hospitals and other critical operations. In Pernambuco and Maranhão, the MST is distributing food to people who live in the streets, and in several states it has offered its infrastructure as first aid hospitals.

In order to stop contagion and isolate, rural Indigenous and peasant movements around Latin America have blocked access to outsiders.

The organizations that make up the CONAIE (Ecuadorian Confederation of Indigenous Nations) decided to close the entrances to their communities, activate their Indigenous guards, suspend markets, and elaborate and implement other protocols to stop the pandemic. Isolation is a constitutional right of the 14 Indigenous nations and 18 indigenous groups in Ecuador.

In the south of Colombia, the local councils that integrate the Regional Indigenous Council of the Cauca (CRIC) implemented similar plans. On March 27th, the Indigenous council of the Totoroez people decided to restrict access to the outside population, to “maintain physical, mental and spiritual harmony, and prevent the arrival and propagation of the Covid-19 pandemic.”

Generally, Indigenous peoples do not require the police to maintain public order, as they have their own communitarian guards.

A similar path was taken by the Zapatistas: they announced on March 16th that their communities (called “caracoles”) would be closing. In a public statement, the Zapatistas declared a “red alert,” called for collective healthcare, and said it was important “not to lose human contact,” but rather to adapt its methods and forms.

In rural areas of our Latin America, peasants, Indigenous peoples and Afro-descendants with control over their livelihoods have decided to close their territories, as they know they can sustain their lives during some time based on autonomous food production, which in some cases, like that of the Zapatistas, is organic.

The biggest challenge for the movements, however, are urban areas, where both class differences and the state are far more present than in the countryside. Isolation is not the same for middle class families, in their comfortable homes that are prepared to deal with all four seasons, as it is in popular neighborhoods, where families live packed together, and have to deal with extreme cold or heat, a lack of proper sanitation and little food. Middle class families have one computer per person, whilst the poorest people might have one or none.

In Montevideo, Uruguay, between 70 and 100 neighborhood meals (ollas populares) have been organized by trade unions and local organizations. Some unions take prepared food and provisions to poor and working class areas of the city, while others carry out self-organized community dinners, of which there are now quite a few.

Pablo Elizalde, a member of the lawyer’s workers union, shared an interesting thought, which stemmed from his interactions with folks in different neighborhoods over the past days: “The social policies [over 15 years of progressive governments] provoked the loss of neighborhood leaders as authorities, and what’s left is state institutions,” he said. But the state is cold and distant, it only understands numbers and data, and is therefore unable to care and fraternize.

From the favela Maré in Rio de Janeiro, Timo explains how difficult it is to wash your hands regularly in areas where no water is available, and where there are few who consume organic products from small farms. His small organization is called Roça, they brew artisanal beer and distribute packages of organic products to various families.

“The Favela dynamics are not so different in dealing with military occupation or with a virus,” said Timo in a phone interview. The farmer’s markets of the peasants have been suspended, which complicates many things. We agreed that one of the main difficulties are the men, who believe themselves to be immune. We concluded that in every man lives a little Bolsonaro: violent and authoritarian, looking at the world from above.

The Mujeres Creando collective in La Paz, offered their house, which is called “Virgen de los Deseos” to 12 Bolivian women, boys and girls stranded at the border so that they could self isolate, according to a letter from María Galindo.

In Argentine cities, communal cafeterias (of which there are tens of thousands created by a diversity of groups, varying from religious groups to popular movements) are overwhelmed. We know that autonomous spaces tend to be small. In the 12th of July neighborhood in the periphery of the city of Cordoba, Yaya installed a diner “where 33 kids get a meal thanks to the collaboration of the local priest and the ‘transhumanists’ [members of the popular education collective Transhumanist University], who give out 50 portions twice a week.”

But the “carreros” who collect cardboard, the recyclers, and the massive groups of people who live from what they find in the trash, need to be attended as well. Who can tell them to stay at home during the pandemic?

In the urban peripheries of Latin America the word “teletrabajo,” which refers to working online, doesn’t exist. The state only considers poor and working people as a problem of public order. The only thing that really exists here is solidarity among the poor. Therefore the “popular priests” opened their parishes, converting them into food storage areas and community cafeterias. The Pelote de Trapo collective, which lives with street children, provides meals for 200 children every two days, with their own resources.

I end this short tour of the continent with the Popular Organization of the Independent Left – Francisco Villa in Mexico City. The organization is made up of nine settlements, the largest of which are in Iztapalapa, La Polvorilla and Comunidad Acapatzingo, which are made up of 600 families; as well as eight more settlements in other districts of the city, with at least 50 families in each.

They have closed down their neighborhoods, they work in commissions and brigades to produce face masks and disinfectant gels, and they use the radio and newspapers to communicate and give instructions on self-care and health. The most important thing is their decision to continue to organize under these conditions: they know that without organization, they will be on their own.

They collect medicine and food, and host community dinners for the most vulnerable people. They maintain urban gardens, create quarantine spaces, promote child care groups, and propose that they will also “work through our emotions.” They know that water is the most basic and scarce necessity, in Acapatzingo they have a pond to collect rainwater.

I have read little about these activities on the internet. My knowledge of the experiences I document above is the fruit of conversations and exchanges, which I will continue to describe in future articles. In sum: we need each other and we need to organize to keep our communities alive, as this is the best way to sustain and reproduce life. The tenderness of the people comes out through community and fraternity.

Raúl Zibechi is a journalist and popular educator who accompanies grassroots processes in Latin America. Click below for his books: 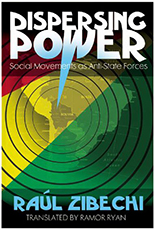 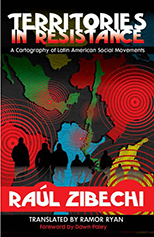 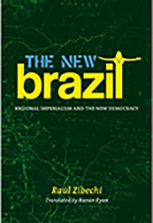