A Conversation with William C. Anderson on The Nation on No Map 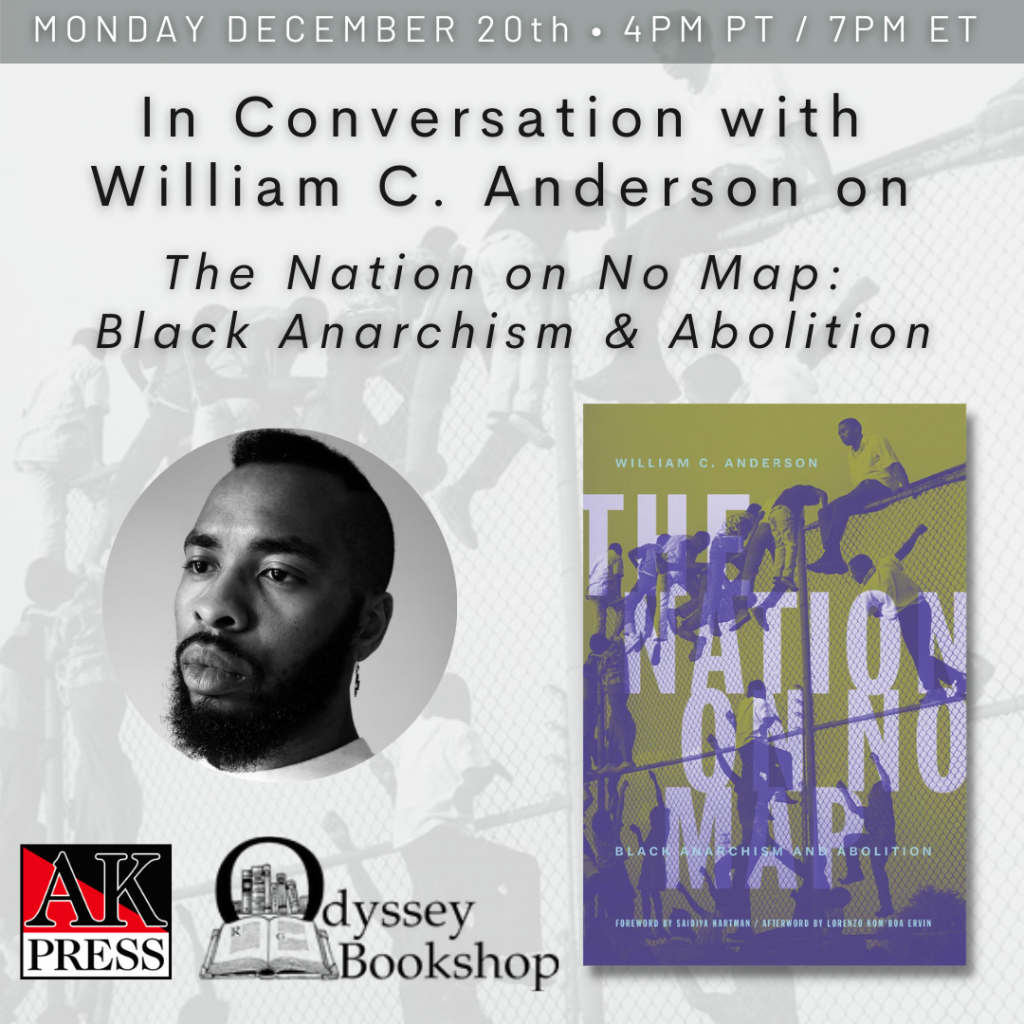 On Monday, December 20th at 7pm ET, join us alongside Odyssey Bookshop for a conversation on The Nation on No Map with author William C. Anderson.

A call for Black survival in the face of widespread crisis.

The Nation on No Map examines state power, abolition, and ideological tensions within the struggle for Black liberation while centering the politics of Black autonomy and self-determination. Amid renewed interest in Black anarchism among the left, Anderson offers a principled rejection of reformism, nation building, and citizenship in the ongoing fight against capitalism and white supremacism. As a viable alternative amidst worsening social conditions, he calls for the urgent prioritization of community-based growth, arguing that in order to overcome oppression, people must build capacity beyond the state. It interrogates how history and myth and leadership are used to rehabilitate governance instead of achieving a revolutionary abolition.

By complicating our understanding of the predicaments we face, The Nation on No Map hopes to encourage readers to utilize a Black anarchic lens in favor of total transformation, no matter what it’s called. Anderson’s text examines reformism, orthodoxy, and the idea of the nation-state itself as problems that must be transcended and key sites for a liberatory re-envisioning of struggle.

William C. Anderson is a writer and activist from Birmingham, Alabama. His work has appeared in The Guardian, MTV, Truthout, British Journal of Photography, and Pitchfork, among others. He is the co-author of the book As Black as Resistance (AK Press 2018) and co-founder of Offshoot Journal. He also provides creative direction as a producer of the Black Autonomy Podcast. His writings have been included in the anthologies, Who Do You Serve, Who Do You Protect? (Haymarket 2016) and No Selves to Defend (Mariame Kaba 2014). His forthcoming book The Nation on No Map will be published in 2021 by AK Press.