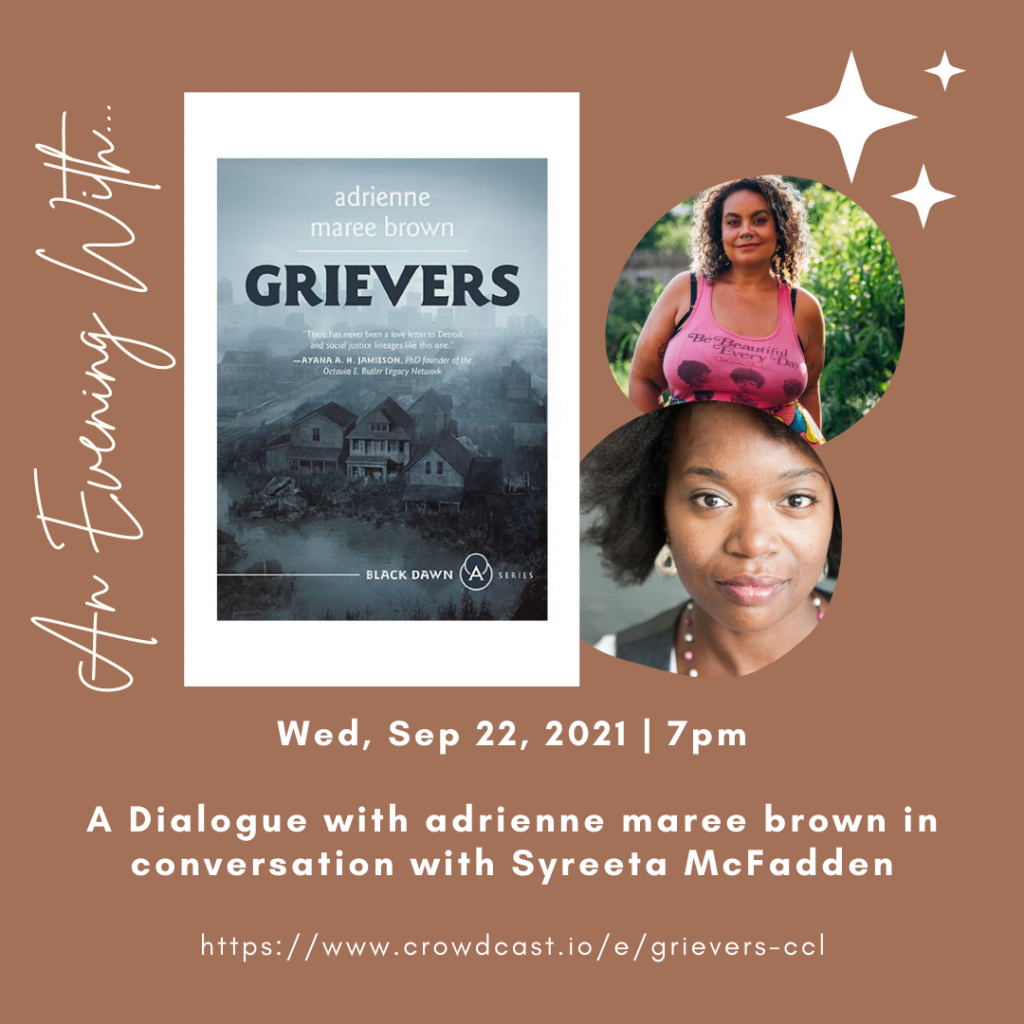 A tale of what happens when we can no longer ignore what has been lost in this world.

adrienne maree brown is a writer living in Detroit. She is a student of the works of Octavia E. Butler and Ursula K. Le Guin. Grievers is her first novel. Her previous books include Octavia’s Brood, Emergent Strategy, Pleasure Activism, and We Will Not Cancel Us. Her visionary fiction has appeared in The Funambulist, Harvard Design Review, and Dark Mountain.

Syreeta McFadden is a writer and professor of English at the City University of New York’s Borough of Manhattan Community College. Syreeta’s work deals mainly with gender, politics, race, and culture. Her work has been featured in the poetry anthology, BreakBeat Poets 2: Black Girl Magic from Haymarket Books, and the anthology Indelible in the Hippocampus: Writings From The Me Too Movement from McSweeney’s Press. Her essays and criticism have appeared in The Atlantic, Rolling Stone, NBC News’ THINK, New York Times Magazine, Elle, The Guardian, Brooklyn Magazine, and BuzzFeed News. She is a contributing editor for Guernica, a journal of literature and politics. She is currently writing a book-length collection of reported essays about African Americans in the Middle West.