Grievers: adrienne maree brown In Conversation With Tananarive Due 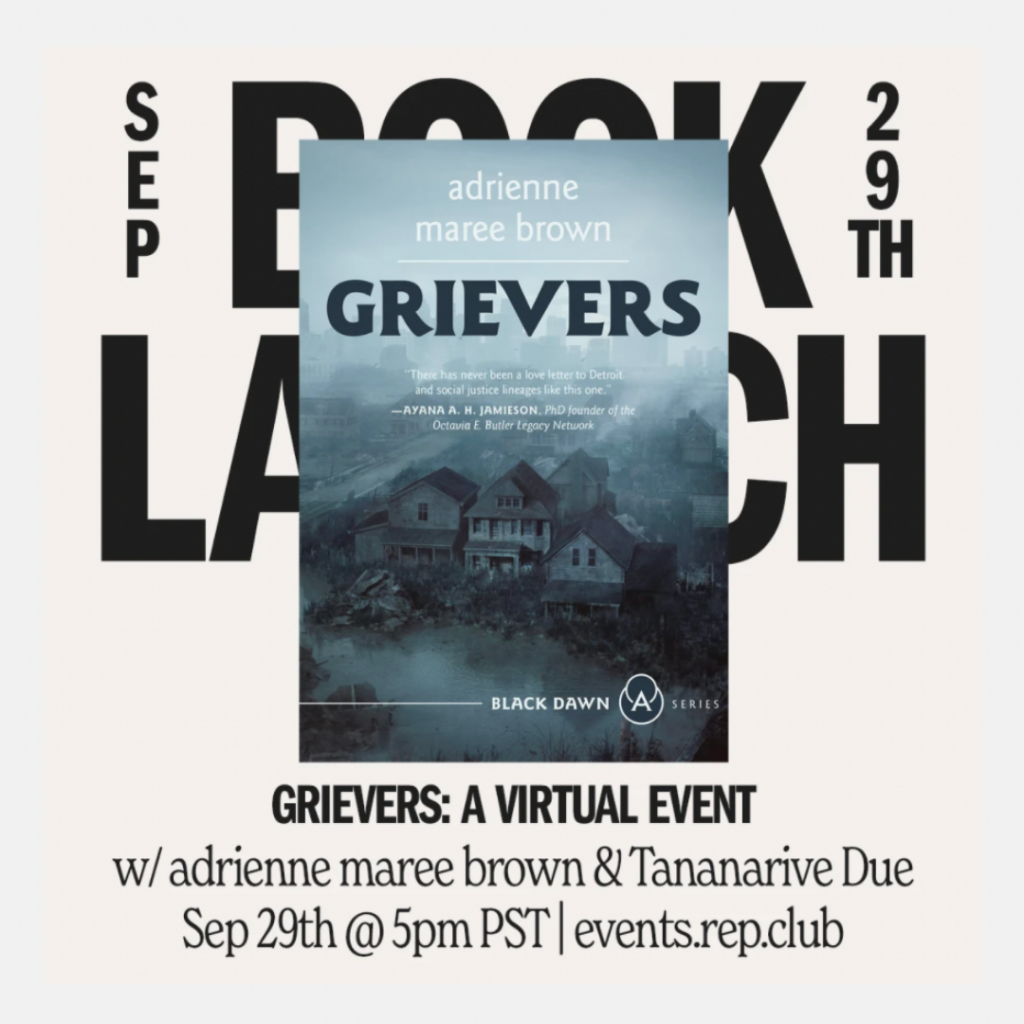 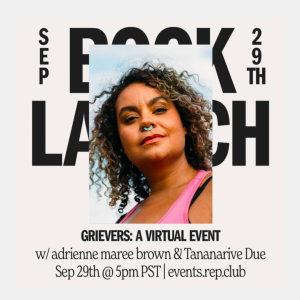 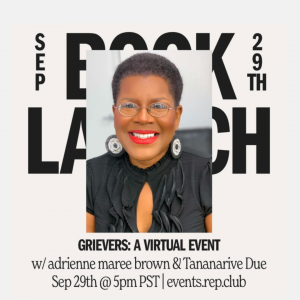 “Grievers is a beautiful debut novella by adrienne maree brown, who is already one of our most important voices in Afrofuturism and true-life worldbuilding. Grievers could not be more timely, tackling loss, plague, gentrification, memory and grief with a path toward hope in a future Detroit. Each paragraph is lovingly crafted, a story unto itself, blending into a tapestry no reader will soon forget.”
—Tananarive Due, American Book Award winner, author of Ghost Summer: Stories

adrienne maree brown is a writer and a student of the works of Octavia E. Butler and Ursula K. Le Guin. Grievers is her first novel. Her previous books include Octavia’s Brood, Emergent Strategy, Pleasure Activism, We Will Not Cancel Us, and Holding Change. Her visionary fiction has appeared in The Funambulist, Harvard Design Review, and Dark Mountain.

Tananarive Due is an award-winning author who teaches Black Horror and Afrofuturism at UCLA. A leading voice in Black speculative fiction for more than 20 years, Due has won an American Book Award, an NAACP Image Award, and a British Fantasy Award, and her writing has been included in best-of-the-year anthologies. Her books include Ghost Summer: Stories, My Soul to Keep, and The Good House.