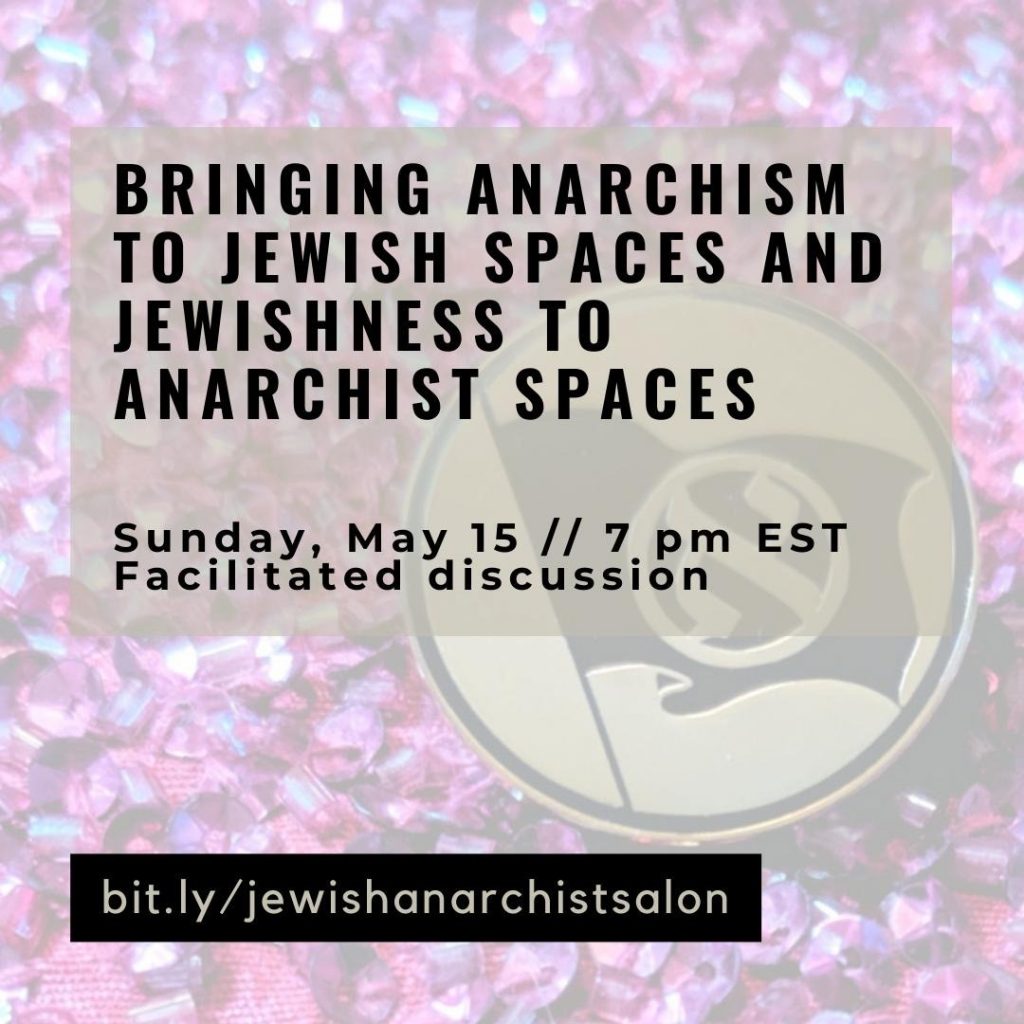 On Sunday, May 15 at 7pm ET, participate in the Jewish Anarchist Salon for a conversation titled Bringing Anarchism to Jewish Spaces and Jewishness to Anarchist Spaces.

The Jewish Anarchist Salon invites you to join in co-learning and dialogue on what it means to be both anarchist and Jewish today. In recent years, Jewish anarchism has had a rebirth, reemerging in resistance to growing authoritarianism, including increases in antisemitism. But it’s also reimagining itself, whether in terms of queer and feminist sensibilities, cultural and ritual practices, or spaces that prefigure the world to come. This salon aims to build on and encourage the further growth of Jewish anarchism as well as strengthen connections with each other. The hope is that in these conversations and beyond, we can develop creative, proud, and liberatory responses to our broken world. Each 1.5-hour online gathering will revolve around a theme, which will be kicked off with some framing thoughts by a presenter or 15-30 minutes. Then it will open up for facilitated conversation. This salon is open to anyone who identifies as Jewish.

Cindy Barukh Milstein is author of There Is Nothing So Whole As a Broken Heart: Mending the World as Jewish Anarchists, Anarchism and Its Aspirations and editor of the anthologies Taking Sides: Revolutionary Solidarity and the Poverty of Liberalism; Rebellious Mourning: The Collective Work of Grief; and Deciding for Ourselves: The Promise of Direct Democracy.