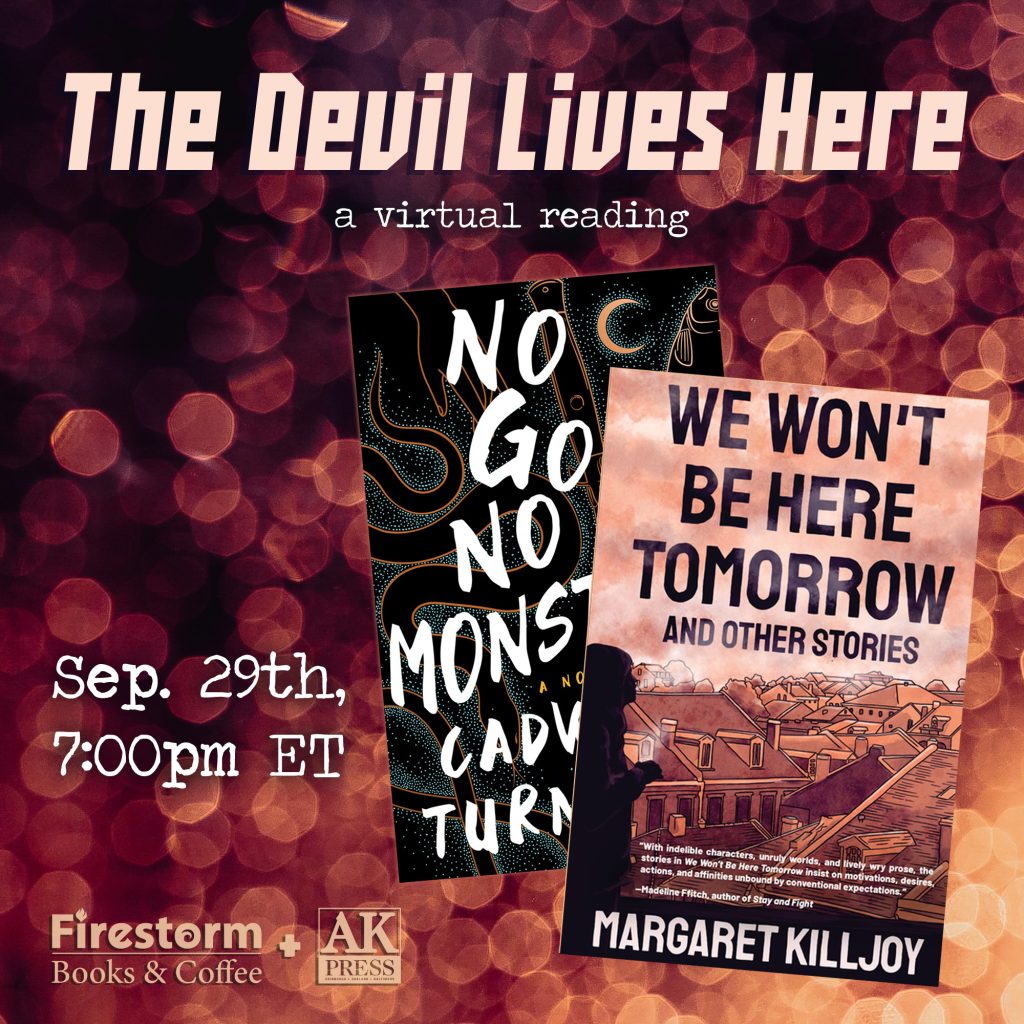 On Thursday, September 29th at 7:00pm ET, join for a virtual reading event to celebrate the release of Margaret Killjoy’s new fiction collection We Won’t Be Here Tomorrow and Cadwell Turnbull’s paperback release of No Gods, No Monsters.

Margaret Killjoy’s stories have appeared for years in science fiction and fantasy magazines both major and indie. We Won’t Be Here Tomorrow collects the best previously published work along with brand new material. They’ll encounter a hacker who programs drones to troll CEOs into quitting; a group of LARPers who decide to live as orcs in the burned forests of Oregon; queer, teen love in a death cult; the terraforming of a climate-changed Earth; polyamorous love on an anarchist tea farm during the apocalypse; and much more. Killjoy writes fearless, mind-expanding fiction.

A the start of Cadwell Turnbull’s No Gods, No Masters, Laina gets the news that her brother has been shot and killed by Boston cops. But what looks like a case of police brutality soon reveals something much stranger. Monsters are real. And they want everyone to know it. As creatures from myth and legend come out of the shadows, seeking safety through visibility, their emergence sets off a chain of seemingly unrelated events. At the center is a mystery no one thinks to ask: Why now? What has frightened the monsters out of the dark? The world will soon find out.