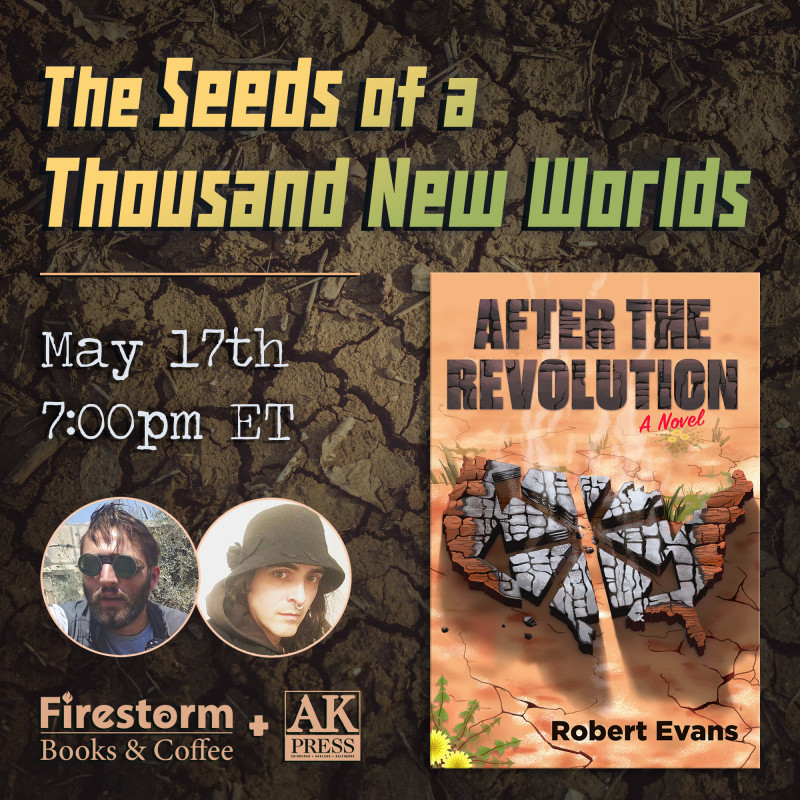 On Tuesday, May 17th at 7:00pm ET, join us alongside Firestorm Co-op, Robert Evans, and Margaret Killjoy for a discussion on the highly anticipated novel After the Revolution.

In the year 2070, twenty years after a civil war and societal collapse of the “old” United States, extremist militias battle in the crumbling Republic of Texas. As the violence spreads like wildfire and threatens the Free City of Austin, three unlikely allies will have to work together in an act of resistance to stop the advance of the forces of the Christian ethnostate known as the “Heavenly Kingdom.” What will the fracturing of the United States look like? After the Revolution is an edge-of-your-seat answer to that question.

Robert Evans, the author of A Brief History of Vice, has had an eclectic career as an investigative journalist reporting from war zones in Iraq, Syria, and Ukraine, and reporting on domestic radicalism in the US. He hosts the podcasts Behind the Bastards and It Could Happen Here for iHeartRadio, is a writer for the humor website Cracked, and an investigative journalist for Bellingcat.