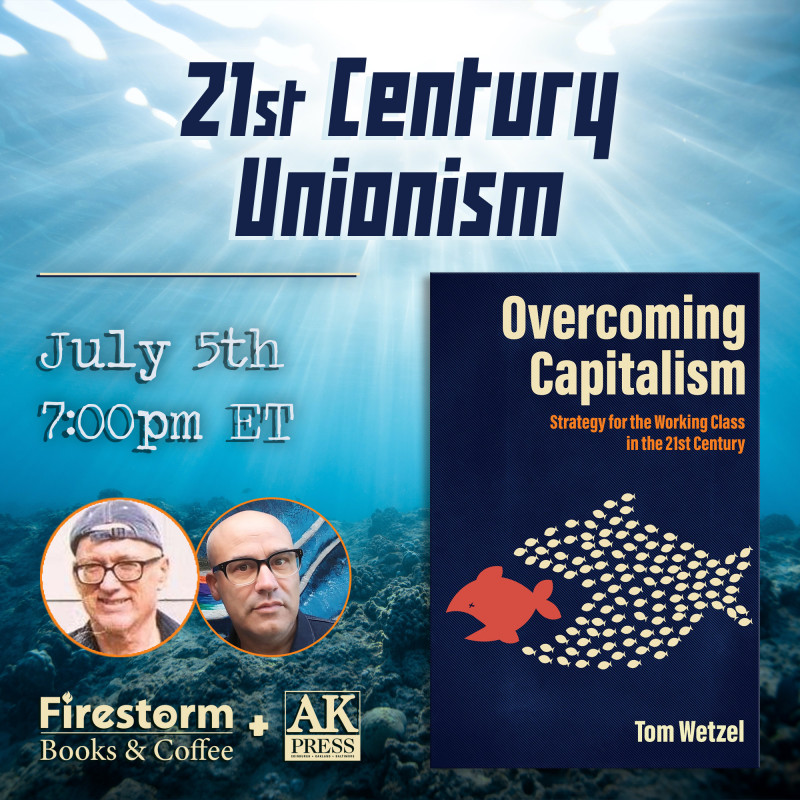 Overcoming Capitalism is a book about strategy, particularly how the powerless can get the upper hand. And it’s written for everyone–not a specialized, self-selected audience. Tom Wetzel carefully explains how capitalism works and how the structure is stacked against us with an eye toward where power lies and how we can tip the scales. The working class has changed. Life under capitalism has changed. How we think about unionism must also change.

Tom Wetzel has written on labor history, worker struggles, libertarian socialist ideas, and housing struggles since the 1970s. He has been published by ZNet and ROAR Magazine and is a former editor of the anarcho-syndicalist magazine ideas & action, where many of his essays were published. He resides in Hayward, CA.

James Tracy is a well-respected community organizer in the Bay Area. He is co-founder of the San Francisco Community Land Trust (which uses public and private money to buy up housing stock and take it out of the real estate market), as well as a poet and co-author of Hillbilly Nationalists, Urban Race Rebels, and Black Power